8 Types of Chinese Tea | Best Teas from China with Flavours! 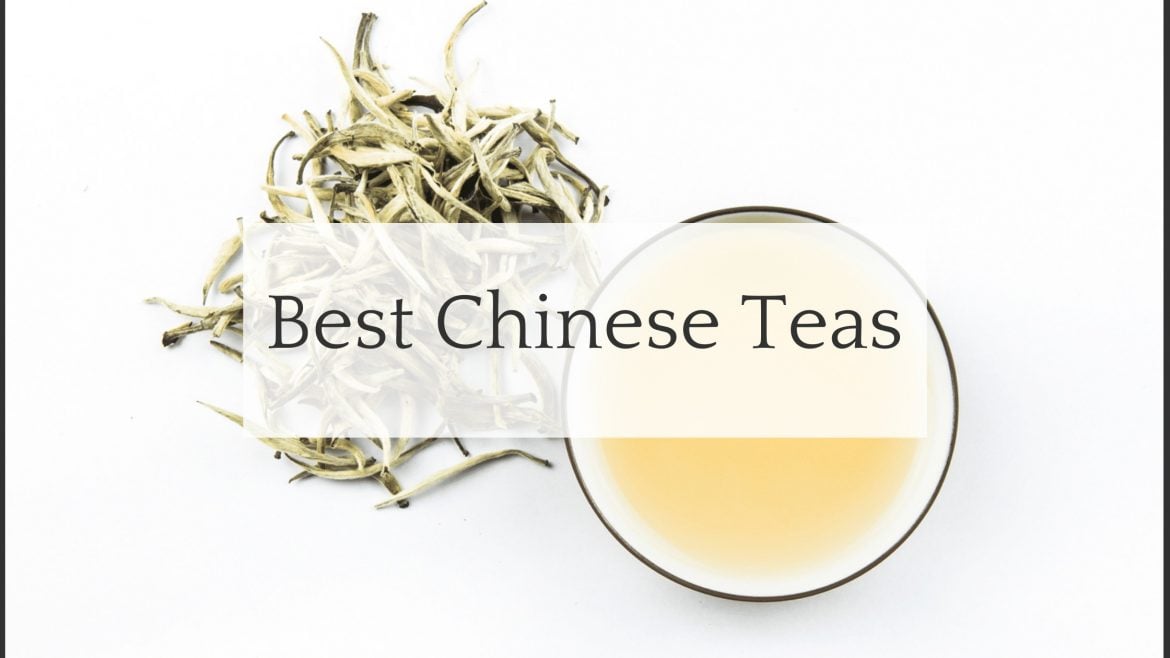 The Chinese have a saying that goes something like:  “kāi mén qī jiàn shì, chái mǐ yóu yán jiàng cù chá (开门七件事, 柴米油盐酱醋茶)”, which basically means “For the record that’s firewood, rice, oil, salt, sauce (usually soy), vinegar and, of course, tea.” Chá (tea) is just that important. It is one of the seven things they can’t start their day without.

To the Chinese tea is what meeting for lunch is to the West. To ‘meet for tea’ could be numerous things. From catching up, to having business meetings to spending a long afternoon playing mahjong with the ladies.

Am I allowed to spill some hot tea about China? (Tourists, make a note) Tea is so popular there that they run a tea house scam where an outsider is overcharged for a ‘special’ kind of tea. It’s exotic, it seems. Well, in all fairness, it is, but stay vigilant travellers.

Sit back, maybe grab a cup of tea now, and educate yourself a tad bit more about the various types of Chinese tea you can fill your empty cup with.

Green tea, the refreshing one, is the kind that is probably found in its most natural form. As soon as they are harvested, the moment it is picked from the field, it is fried to stop the oxidation and the withering process. Stopping the activity of the leam enzymes helps retain the properties of green tea we love so much.

Traditionally, green tea has a pale colour that allows for mild stingy and astringent flavour, but also sweet at the same time. Green tea is popularly known to help those who deal with cardiovascular conditions, obesity and fatigue. The caffeine in green tea tends to proliferate mental alertness.

The taste of yellow tea is just as bright and colourful as it looks. It is sweet, floral and leaves a pleasant aftertaste after you take your first big gulp. Now, the process of making drinkable yellow tea is similar to that of green tea, with an added step of encasing and steaming that allows the tea to oxidize and bring out playful flavours that are soothing to the mouth. It almost feels silky. Despite the longer fermentation, the taste of the yellow tea is more mellow than that of green.

Yellow tea is slightly laborious to make, and a little hard to find. Maybe that’s why it is a little bit on the expensive side.

Number one thing you should know, red tea contains the most amount of caffeine than any other kind of tea available. The second thing, red tea is popularly known as black tea in Western countries. One of the major reasons that red or black tea is traded so vastly out of China is because it can hold its flavour for years to come, unlike green tea that loses its flavour within the year.

Red tea is perhaps the strongest of them all. It has prominent flavours, strong notes and is an acquired taste. The leaves of the red tea go through some heavy processing that includes drying, oxidizing and roasting, which in turn gives it the black colour from its second name.

White tea has a similar making process as green tea, with little or no oxidation so it retains its antioxidant properties, but some argue that the process is a bit different. Some people say that this tea is made from buds and leaves that are immature, plucked from their plant and left out to wither in the natural sun. Others say that the baby leaves, including the buds, are steamed or fried before they are left to dry.

The unopened buds of the plant have tiny silvery strands of hair clung to them that gives the tea its name. When brewed though, the concoction is pale yellow. In the old ages, it is told that only the aristocracy could enjoy it. Now, however, it is considered more than just a beverage, some use it as a healing potion during sickness.

This is more of an umbrella term than it is on its own. The taste of flower tea, some say blooming tea, is unique to each individual flower. All the flowers are very carefully picked and dried and then processed. Some of the flower teas that are found are rose tea, chrysanthemum, jasmine, marigold, hibiscus, jasmine and lily (to name a few). Scented tea falls into this category to an extent as well. In that scenario, a handful of tea leaves are wrapped around a dried flower so the scent of the flower is infused into the taste of the tea.

One of the most bellowed flower teas includes chamomile. It helps reduce stress, anxiety, pain from menstrual cramps and even helps induce sleep if one drinks it just before bed.

The reason this one’s fabulous is because it takes oo-long time to prepare. I’d say that oolong tea is somewhere between green and black tea, but also it can be identified as unique on its own. While it brings the low oxidized features of green tea and the strong flavour profile of black, it is safe to say that it combines the best features of both to give supremely good health benefits.

The colour of the tea varies from gold to green to black, depending on how much it has been oxidized. The taste is generally sweet, floral and toasty all at the same time.

Finding Dark tea is like striking gold. It’s one of China’s proud moments and also one that was a secret for a long time. Dark tea, in its truest form, goes post-fermentation after the regular process of making tea. One just takes out the amount of tea they need and sprinkle some water on it to allow it to ferment further and let the good bacteria do their job. Dark tea is like good wine, and unlike other teas: it tastes better as it ages.

One can mistake it for red tea because of its colour. Dark tea has a subcategory known as pu’er tea. It is made with the same process, but it is richer and smoother in taste and comes loaded with health benefits that aid in lowering cholesterol and managing obesity.

Why do the Chinese love tea so freaking much?

Would you ever believe if I told you that the love the Chinese discovered for tea just happened by chance? One of the three sovereigns, founding fathers of China, was brewing tea out in the open for his army when a stray, untethered leaf found its way into the pot. He felt wild and said what the hell and drank it. To his surprise, he loved it! Moreover, he felt refreshed.

The Chinese take a lot of pride in having tried, tested, and perfected this elixir-like-potion that cures ailments and is also a social beverage at the same time. Why do they love it? Well, they grew around it, it’s a cultural thing and it’s just so freaking yum (perhaps the wrong choice of word, but you tea lovers will get that, I am sure).

Health Benefits of these Tea

Tea, unsurprisingly, is the secret potion to drive everything away. It might just be a bunch of leaves sitting in a pot of water, but a mere cup on a regular basis can save you from an endless plethora of things you don’t want on your plate. In fact, Yoda said, “Brew or brew not. There is some steep.”

Chinese tea has polyphenols that act as an anti-inflammatory and antioxidant agent drastically reducing heart diseases. There are several other compounds that help fight type 2 diabetes and regulate low blood sugar levels as well. While we are on the topic of protection, you should know that these same antioxidants have been studied to have found to be pretty useful in fighting off various forms of cancer.

How to buy good tea in China?

I think the number one tip I have for you is to either know Chinese where you go to a store or ask someone who can speak Chinese to accompany you. Haggling is everything there. Another thing I’ve seen that often works is to bring a calculator into the store with you while you and the store manager put in and crunch numbers till you are satisfied. Odd, I know, but it works!

Feel free to ask for tea tasting! You can’t sill in your sacks and skimp on creativi-tea juice without tasting the different types of Chinese tea! Individual store owners seem to be keener on doing this than stores in huge malls. If you want to experience it to the fullest though, I’d recommend visiting tea plantations. They’re all over China.

I’m going to leave you all with another hot tip: Preheat the cup you’re going to be brewing your tea in beforehand and discard the water after. Faster brewing, stronger taste and the tea remains warm for longer!

Best Things to Buy on Taobao 2021 | Are Taobao products good?