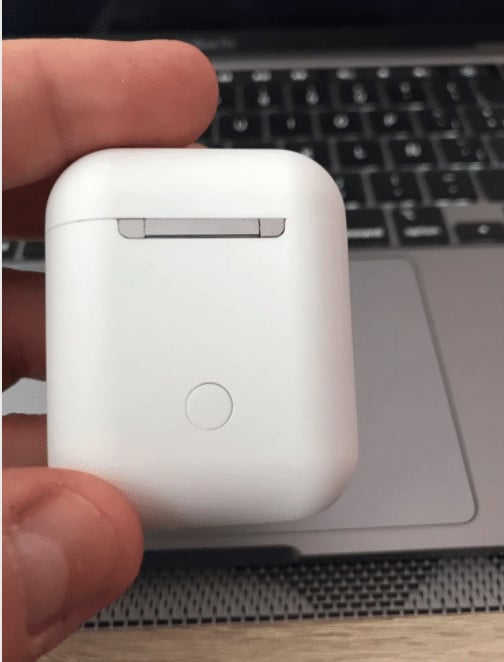 When I first saw the continuing popularity of the i12TWS, I was a bit surprised. Then I went ahead and purchased myself the i12 TWS earbuds to see what improvements were made and I was surprised!

The i12 TWS earbuds is a replica of Airpods Generation 2. It costs around $9 and has a working time of 3 – 3.5 hours. It works with iOS & Android devices. It has the touch sensor feature to control the music. It’s the most affordable TWS earbuds.

In the i12 TWS review, we do a breakdown of what makes this the perfect earbuds for most people.

There are so many TWS products such as the i500 & i500 TWS Pro, i9000 TWS and also other Apple Airpods Alternative.

So what makes the i12 TWS interesting?

Firstly, let’s talk about the price. It costs around $9 and is one of the most inexpensive earbuds out there. For this one reason, the i12 TWS should be purchased.

When the older models of the i100 released. I had one at home that I would carry to the gym and then one at the workplace. Because it was so cheap, I could afford to have two.

The i12 TWS is so popular because it works.

The battery of the i12 TWS is your standard older generation Airpods design. It comes in a neat white finish and also a black finish. It does not have a notification light that shows it’s charging.

It has a hinge in the back which is pretty sturdy. The older 2018 model for the i12 TWS was not as sturdy and I wasn’t a big fan because the hinge would be loose. But the manufacturers have become better in creating a stronger product.

Again, when you compare it to other TWS devices like the i500 TWS , it’s obviously not as sturdy because of its price point.

There are TWS earbuds that look much better than the i12 TWS. But purely from a standpoint of an Apple replica and it’s price, the i12 TWS shines!

I never had high expectations for the i12 TWS. It costs $8 and you can’t expect Bose like sound. But I was pleasantly surprised when I heard the sound quality for the first time. It obviously does not have any noise cancellation features.

The bass is not great, but it’s not terrible either and you will be able to enjoy the bass levels. I was surprised at how loud it could be and that was surprising because I assumed in outside conditions, I would not be able to hear the music, but I could with ease.

The sound is awesome.

The i12 TWS has a host of other features which I’ll get into below.

For a $8 Airpods replica, it still has the pop-up feature. It works for iOS versions above 12.1. The pop-up feature is not there for Android phones obviously, and it’s exclusive to Apple devices.

Works with all phones and devices

The i12 TWS works with all devices with Bluetooth capability. From iPhone to Android to tablets and even laptops. I use my Airpods replica with my laptop and it works seamlessly.

The i12 TWS has an amazing touch sensor and this is only possible because of the new chip. The older 2018 model had some glitches with the touch sensor, but the new model is as smooth as butter.

The touch sensor can be used for

The touch sensor works flawlessly, but it can get a little irritating because of the design of the i12 TWS. When you press the touch sensor hard, it does dislodge the earbuds from your ear sometime and you need to be mindful of that.

I’ve run with these earbuds and tried changing the music and it can be a hassle. When you are commuting and are seated in a place, touching your earbuds doesn’t dislodge it.

I wanted to cover this specific aspect of the i12 TWS because Bluetooth 5.0 is the latest connectivity standard and a few other TWS earbuds still run the older 4.0 version. With this, there’s instant connectivity and also a good range of around 10 metres.

With TWS earbuds, battery has always been a concern. The i12 TWS gives you a battery life of 3 – 3.5 hours and with the 300 mAh charging box, you get a few more hours that makes it around 8 to 9 hours. I’ve personally used the earphones for hours on end without it losing charge.

In a nutshell, the battery life on the i12 TWS is fantastic

The i12 TWS earbuds is one of the best earbuds out there. For it’s price, it works flawlessly. You can literally buy four and you still would have spent lesser than $50.

This is the best earbuds for money conscious folk!

The i12 TWS is very good and the best TWS earbuds out there. It’s cheap, as it costs around $9, it has touch sensor features, a battery life of 3.5 hours. This is the cheapest TWS Airpods replica.

Are i12 TWS the same size as AirPods?

The i12 TWS are the same size as the Airpods Second Generation. It’s a true copy, which means the case used for the Airpod second generation will fit the i12 TWS.

Are the i12 TWS waterproof?

The i12 TWS is not waterproof. They are sweat proof and can some withstand a bit of moisture, but under heavy rain, the chip inside will get burnt out. Most of the budget TWS earbuds like the i12 TWS are not waterproof.

Does the i12 TWS have a microphone?

The i12TWS does have a microphone at the end of the earbud tip and it enables hands free calls. Answering calls and rejecting calls can also be controlled with the touch sensor.

Is i12 AirPods fake?

The i12 Airpods are fake and they are not the original Airpods. They are a replica with the same features and have the same functionality. The only difference between the original and the i12TWS is the quality of the build, sound and the better battery life on the original.

i12 TWS is definitely worth buying as it has the best value for money and it has all the features of a TWS earbud. The i12 TWS Airpods Price is $9 and for that it’s great!

How long do i12 AirPods last?

The i12 Airpods last for around 3 – 4 years before the natural wear and tear happens.

How do I rename my Airpod i12?

It’s not possible to rename the i12 Airpods because the rename feature isn’t available on the i12 TWS. It’s available in older versions like the i500 TWS.

The i10 TWS has been discontinued and that is why the i12 TWS is better than the i10 TWS. All the i10 TWS that you will find in the market are older sub-par versions.

i12 TWS vs Original

The i12 TWS is one of the earliest additions in the replica TWS, but it has been one of the rare replica TWS devices that has been upgraded. If you are looking for the most stable TWS replicas in the market, it’s this.

I’ve personally thrown out my Pros, because they have issues with Noise Cancellation and use the i12 TWS variation.

In terms of the original, there’s only one thing to say. It’s much better than the original. The Original Aiprod Generation 2, doesn’t compare to this because Apple doesn’t do upgrades on older models and they make it defunct.

If you are looking to wholesale or buy in bulk, this is the perfect TWS to purchase.

Compared to the originals, it has the touch-popup feature, the same body and material, the same chipset, it has a 4 hour battery life and charges which 30 to 40 minutes. It gives you more than 10 hours of continuous playback with the charging box.

Compared to the original Airods, the latest gen i12 TWS is better